After a long day of work, Shouyou Hinata is excited for the school semester to start. He’s excited because he finally has a chance to try out for the volleyball team and he’s excited about the chance to make an impact. But when he arrives at his school, he finds that all the players have been transferred to new schools and he’s the last to arrive. The only player left on the team is Hinata, and he knows that he can’t let himself be left out. He starts to take things for granted until he’s pulled away from the game for a set-up. When things go wrong, Hinata doesn’t hesitate to use his skills as a “Little Giant” to take down everything in sight.

This episode of the Haikyuu season is very much worth watching! Even though it is short, they use every opportunity they get to show off their skills and make sure we are lifetime viewers of volleyball. Not only that, but they use facial Recognition technology to track down who was who in the team at all times, which is always a plus! The half-hour long episode does not sugarcoat anything, and you will be crisply writing about this show in the future. 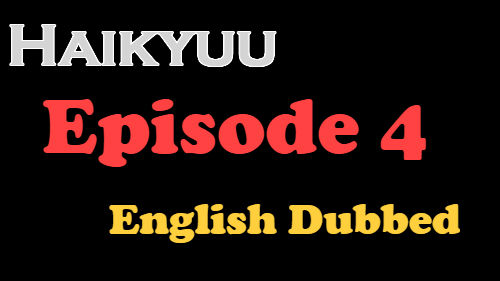